Writing is a technology which transforms cultures, particularly from pre-literate perceptions of memory as a commemorative act bound to the flux of human experience, to post-literate thinking of it as containers within which to store information. The invention of the Greek alphabet, with its introduction of letters representing vowels1, connected speech with a form of its material representation. This technological development resonates with how we perceive oral communication---thinking of spoken language through the lens of literacy; as discrete, easily divisible units, like printed words punctuated by neat spaces. It all falls apart when speech-to-text transcription software “doesn’t work” (meaning that it works in ways that we do not expect). The result is that speech, essentially the long continuous sounds that we make with our mouths, tongues, teeth, lips and throat, comes out as gobbledygook on the screen.

Writing is a fundamental part of the library. Not only in the written texts it contains, but also in the texts it produces; metadata (information such as author, title, subject, description, publisher, etc), annotations made by readers, readers made by readers, correspondence between the users about the texts, which form a dialectical synopsis. The library is sustained through producing texts which argue for its legitimacy by representing the readers who use it.

Image: Very early Greek abecedariums, inscriptions of the alphabet in order, typically used as a practice exercise in learning writing, from Drucker, J. (1999) The alphabetic labyrinth: the letters in history and imagination. London: Thames & Hudson. 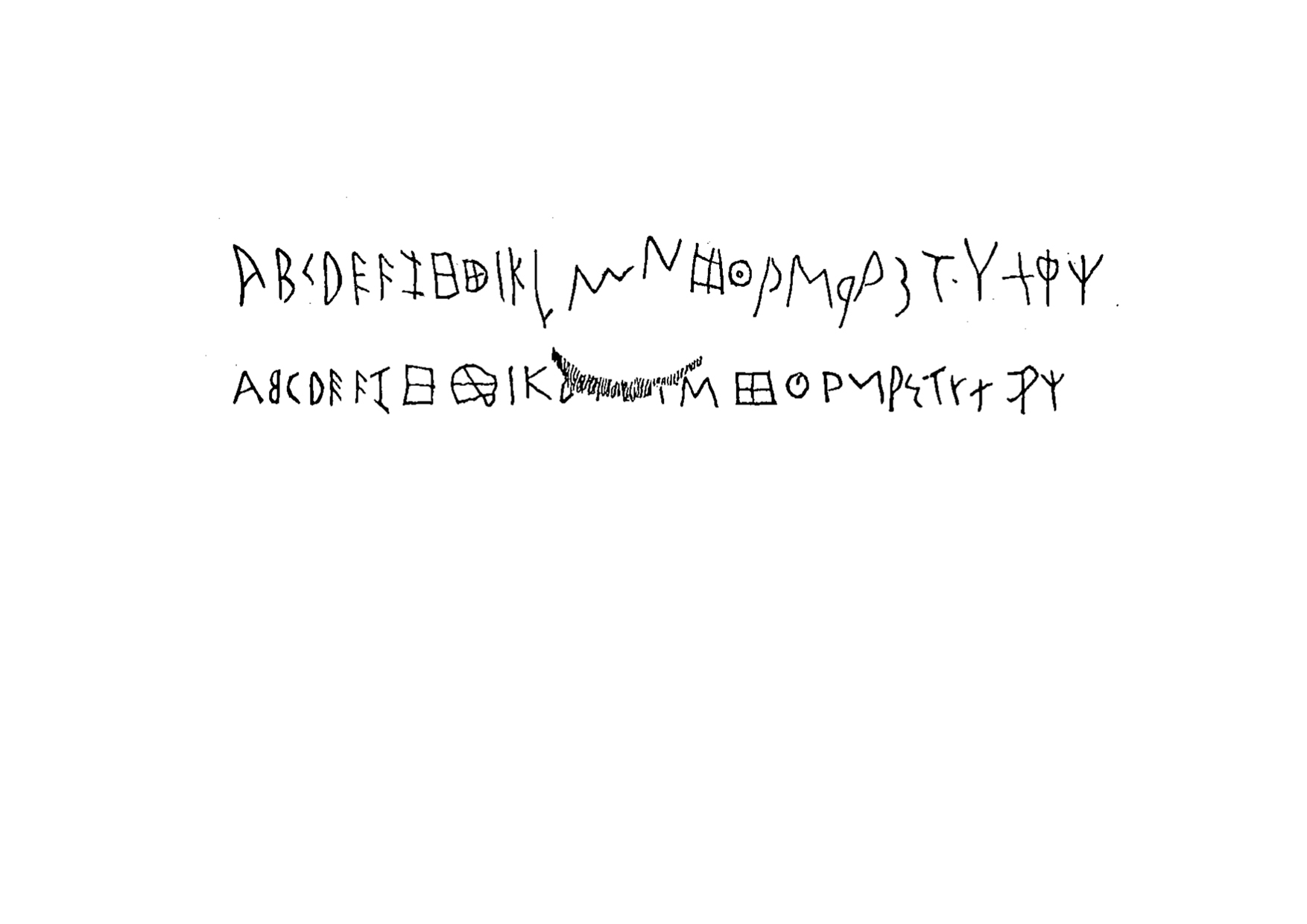